Web Apps and Mobile Apps Are Not the Same

Despite huge advances in technology, and while there are some fantastic, well-optimized apps out there, it’s a notoriously difficult world to break into. It’ even more difficult to succeed in and more importantly – get noticed from the literally millions of other apps crowding the marketplace.

One industry who’s been hit hardest by this is the online gaming and casino industry. With super-optimized sites, developed with cutting edge technology, there remain several issues standing in the way of these online gaming sites creating and distributing their own apps.

Failure to Launch – But the Future Looks Promising

If an app has excellent casino games to play, but no one’s around to download it, is it still an app? This is precisely the issue faced by online casinos, which up until very recently weren’t allowed to advertise their app on the Google Play store. But, all that’s set to change in August, when Google Play will allow gambling apps to be advertised and downloaded in the UK, France and Republic of Ireland – a shift of epic proportions.

However, another viable option to get fully optimized and mobile-ready gaming is via web app. Both big brands (and their smaller counterparts) use this as an alternative, targeting specific locations where they betting is legal. For example, the Finlandia casino, targeting Scandinavian players, uses the web app system to overcome this issue.

As regulations change and new technology emerges, the way we interact with the internet will change. One such change is the popularity of web apps – an emerging market so popular that we have our own dedicated section to it.

If you recall that Windows 10 beta update for yourself, you’ll be somewhat familiar with the impact these made when they first entered the online market. Web apps are similar to the mobile apps you download on your smartphone, just for web. In actual practice, there’s no real major differences between web apps and websites, other than web apps are much more user friendly by design, and adaptable to and by the user.

Overall, with online casinos perfecting their art via such web apps, or via their own instant download software (which is pretty much the same thing, if not in name), applying this ability to mobile-specific apps should be a piece of cake. Yet, that’s easier said than done – when transporting these to mobile apps, there’s often a lower variety of games and it can really slow down your phone – although being able to control everything by touch is a massive added bonus.

Apps, Apps – As Far as the Eyes can See

Google’s policy change will certainly make waves when it comes to the way in which new online casino players find and access their choice of games.

However, with the ease of use and accessibility, not to mention the personalized nature of the casino web apps in question, these look to remain as a popular option for discerning gamers of all technological abilities. 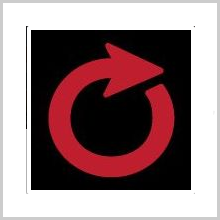 Timetastic – WebApp to Schedule Your Holidays