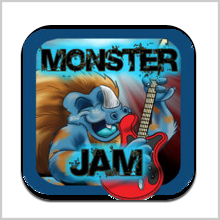 MONSTER JAM – THE BATTLE OF MUSICAL HEAVY WEIGHTSReviewed by Apps400 - Editorial Team on Jul 23Rating: 4.5MONSTER JAM – THE BATTLE OF MUSICAL HEAVY WEIGHTSI’ve been always fond of stories no matter what class they belong to. From sci-fi fictional stories to horror genre via historical path, I’ve heard all of them but never full of them no matter how long they were. That’s why cartoons are evergreen and no matter how big you are, there’s still a corner in you keeping those characters alive.

I’ve been always fond of stories no matter what class they belong to. From sci-fi fictional stories to horror genre via historical path, I’ve heard all of them but never full of them no matter how long they were. That’s why cartoons are evergreen and no matter how big you are, there’s still a corner in you keeping those characters alive. I don’t know which the most famous stories are for kids nowadays but what I know that the digital trend has overtaken the books as well. That’s why most of the children prefer to read e-books and story books come in the form of apps as well. One such app we’re going to discuss today that will take you to a musical journey. So if you’re ready, let’s go!

The app I’m talking about is an iOS app called Monster Jam. Though the app reminds you of monster trucks which is another app by the same name, this one is mostly for kids and hardcore music lovers. The app has been developed by Michelle Anaya. There’s another app credited to her called Grendel’s Great Escape which is also a story book and Michelle Anaya has become a popular name since then. The app is compatible with iPhone, iPod touch and iPad and requires iOS 4.3 or later. This app is also available in the Android Play Store.

I will not be revealing whole of the story to keep the suspense alive. It’s about a band who are about to perform in a big event which might prove fateful in their career. However, at the very moment, their lead singer loses her voice and then they start auditioning people for the replacement. As I said, this is just an over look of the story and it is much more interesting and entertaining.

Now, the story is in itself pretty interactive with all the animations and sounds. However apart from this, your child also gets to play electric guitar and complete band instruments including drums, plates and sticks along with the band. Though it won’t be anything like playing an original guitar or band, but who wants that when a six year old is behind the drums! Also, there are games such as tic-tac-toe which you can play either against the computer or one of your friends. Either way, it’s a lot of fun.

This storybook is very likely to be a part of every child’s tongue real soon. The graphics are awesome with cute characters. The audition part is very funny with many different singers coming for the audition and creating a mess all around in a funny way. But then there are some of the best voices also recorded on the journey and they’ll certainly raise the tempo.

Overall the app is very good and the price of $2.99 is worth the value. So I would like you all to try it today. 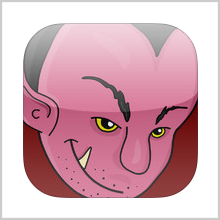 Word Demon – Have Fun with Words 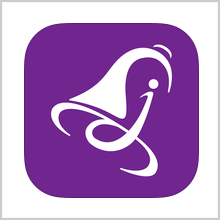 Jinglay- A social network that jingles 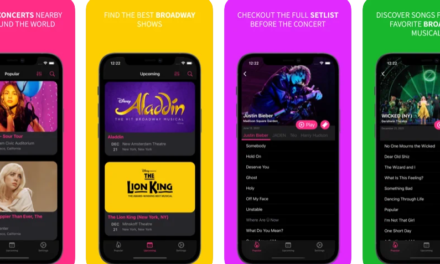 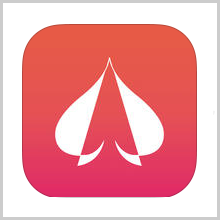 iSleight- Bring out the magician in you