Not talking about the professional businessmen, you still encounter situations where you need a logo for your creations. It may be a college fest, awareness campaign, band logo, business card for your small setup or something else that’s not as big that you may go to a professional logo designer and ask him to create one for you. The fee they charge is quite hefty but neither can you afford any downgraded logo as it may affect your marketing agenda badly. One solution is to download one of the many logo creation apps available in the App Store. But then the problem is same with most of them; the logos used are old and not repeated many times before. But a new app has recently been launched that looks promising. Let’s have a look at its highs and lows.

InstaLogo Logo Creator is the new iOS app that has been developed by Adam Meszaros. The app is compatible with iPhone, iPod touch and iPad and requires iOS 5.1 or later version. Logo creation is not a regular day job. In fact, it’s difficult than to do a portrait of a moving object. You have to think out of the box and design something that is appealing enough to attract the market towards your product.

InstaLogo Logo Creator utilizes a default library of logos that have been designed by professional designers; so the beginning is solid. From here, you can choose any type of logos you think you can rebuild and reshape into something that might work for you. The customization features are indefinite with so many of them. There are hundreds of background colors, logo colors, add shadows and gradients to your objects, move and rotate them with your fingers to place at just the right spot you want and in total, you can create 5000 different logos with your imagination.

The app assures minimum of efforts to get what you want. The touch controls have really made it simpler and down towards earth for an amateur to begin. There is a tutorial video available as well to guide you on how to use all the tools efficiently. If you succeed with creating a good one, you may save it for later use. The logo library has very good logos. Though we are not professional designers and can’t debate on their success technically, but they were eye catching to us.

One of the limitations of the app is its pricing. Right now, its $4.99 but the developers have plans to soon raise it further. We think that the current pricing is sufficient knowing the fact that all the logos are royalty free and you can use them anywhere without any copyrights issue, but further increase is not expected. Still, if you want to try your hands at logo creation and want something unique designed for yourself, you may try this one. After spending the amount at the start, you won’t be disappointed a single time again. 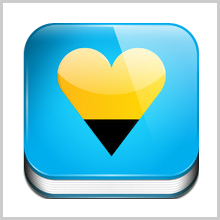 DoodleBook : Drawing On a Social Level 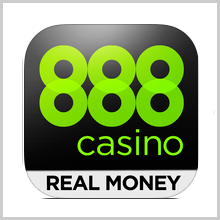 CASINO AND SLOT GAMES BY 888 CASINO – YOUR “HOME” CASINO