What about getting a fantastic moment going through an epic story while still playing part in a game? This sounds quite fascinating as one gets to understand how the entire story is bound to assist in playing the game especially in relation to what is expected. This is exactly what the Tales Embark: Silent Havens game from the Feathermind Production is offering to its game players. This amazing game is of its kind where it introduces the player to the adventurous world of Veharia.

The player takes the role of character Strast in undertaking such epic adventures in Veharia as the story continues to unfold. Interestingly, this Tales Embark: Silent Havens app game is unique in a way that it develops together with the player. This implies that any update undertaken comes with a new chapter which brings continuity of the epic adventures of Strast. This is a unique game that is quite easy to read through and play along. As one reads the story of Strast adventures, there are points that the player will encounter mini-games on the way. There is great need to ensure that such mini-games are tackled in a skillful manner to ensure that one wins. It is the only way that can allow one to continue with the story.

Generally, this is one of the interesting games one can come across. It is all about reading the story, engaging in a fascinating game experience and ultimately getting a chance to experience the kind of future yet to be displayed by Veharia!

This amazing app was recently updated on 8th July, 2016 to improve its performance and help it meet the demands of the users. So far this version 1.00 of this app has received positive reviews from its users making it to have an overall rating of 4.8/5 stars. This is mostly attributed to its uniquely developed and captivating story, incredible features in the story game and consistency from the story and game. Apparently, this app which combines the story and game parts has integrated high quality features in order to efficiently support its operations. The user will be required to adopt top notch Android devices (from version 4.2 and above) in order to get the best experience from this app. Besides, it will require a great operating system in order to boost its overall output.

Check below for the features of Tales Embark: Silent Havens app game:

Introduction to adventures of Strast

The user will realize that the first chapter unveils the story involving Strast as he begins his adventures in the world of Veharia.Strast has to leave his family in search for work together with a friend known as Gary as the story outlines.

This amazing game has adopted high quality design and graphic effects that makes its performance quite exceptional. From the carriage, streets and up to the city buildings, the entire view is quite fascinating and has adopted highly defined formations. Tales Embark: Silent Havens game contains a number of characters who help in contributing to the story and gameplay. Apart from Strast, other characters include Mr. Laurence and Gary. Players should expect more to come in the imminent Chapter 2!

Mini-games in between the story

As the user continues to read through the story, there are mini-games that one will come across. The player will be required to play such games and give the best outcome in order to resume to the story at an advanced level. Thus the player needs to exercise great skills in order to come out perfectly well in this game.

Regular update of the game

One will note that this game has adopted a unique approach where it offers players a new chapter each time an update is performed. This technique gives the player a chance to grow and develop with the game with great anticipation of improving skills and experience. It is all about being with the game in every step of the way!

Scores and results can be tracked

During the gameplay, Strast is timed to see how many hits he can make within a stipulated time or the number of times he can be exposed to stings. The scores are then ultimately determined once Strast is able to complete successfully that level.

Here are the Pros and cons of the Tales Embark: Silent Havens app game:

· Fascinating experience from the gameplay

· There’s perfect flow from both the story and game

· Easy to play and understand the game

· Infrequent performance due to presence of bugs

Getting a fantastic and fascinating story that brings great satisfaction and induces an adventurous experience is really worth it. With Tales Embark: Silent Havens, users gets the best exposure that absolutely exceeds their expectations. The presence of outstanding features such as high quality graphic effects, classic design and perfect mini-games makes the game unique. Clearly, it is recommendable for download for free from Google Play. Don’t miss this adventurous experience! 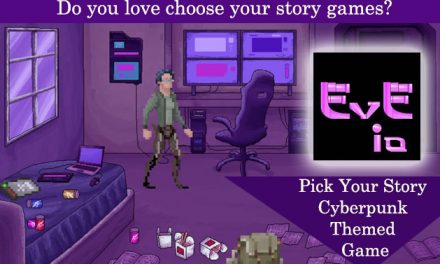